UK house prices rising at 11 per cent a year despite cost of living crisis, says Nationwide

The cost of living crisis is doing little to dent house prices, which are still increasing at 11 per cent a year, according to Swindon-headquartered mortgage lender Nationwide.

Figures released by the UK’s biggest building society suggest that the average price of a home was £271,209 last month, up 0.1 per cent from June.

“Prices rose by 0.1 per cent month-on-month, after taking account of seasonal effects – the twelfth successive monthly increase, which kept annual price growth in double digits for the ninth month in a row.

He said the housing market had retained a surprising degree of momentum “given the mounting pressures on household budgets from high inflation, which has already driven consumer confidence to all-time lows.”

“While there are tentative signs of a slowdown in activity, with a dip in the number of mortgage approvals for house purchases in June, this has yet to feed through to price growth,” he said.

“Demand continues to be supported by strong labour market conditions, where the unemployment rate remains near 50-year lows and with the number of job vacancies close to record highs.

“At the same time, the limited stock of homes on the market has helped keep upward pressure on house prices.

Nationwide said it expected the market to slow as pressure on household budgets intensifies in the coming quarters, with inflation set to reach double digits towards the end of the year.

“Moreover, the Bank of England is widely expected to raise interest rates further, which will also exert a cooling impact on the market if this feeds through to mortgage rates,” said Robert. 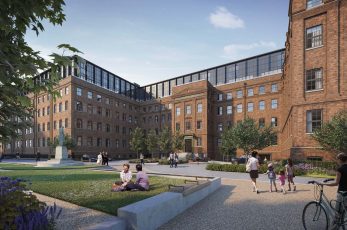 Rental prices at Slough development on a par with Windsor – Savills

Tenant demand for new homes at the Horlicks Quarter development in Slough is supporting unprecedented rental yields for the town, according to property agents at Savills Reading.

Swindon motor dealer Pebley Beach has pledged to support customers anxious about repair and maintenance bills in the face of the cost of living crisis. 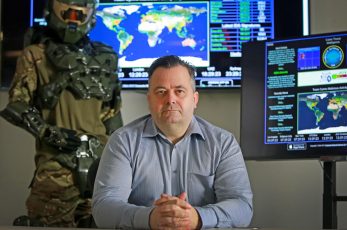 Cyber security consultancy Computer Network Defence has paid each of its 30 staff £700 each to help with the cost-of-living crisis.

Federation of Small Businesses calls for action as Which? report finds cashpoints are disappearing