Global technology firm Johnson Matthey – which is playing a key role in accelerating the decarbonisation of transport, energy and industry – is celebrating its 20th anniversary in Swindon site.

Johnson Matthey was established in 1817 and opened its Swindon site in 2002 – where it would cement Swindon’s reputation as a centre for hydrogen power.

The Swindon site was the world’s first manufacturing facility dedicated to producing Membrane Electrode Assemblies, a performance-defining component in a hydrogen fuel cell.

Since then, the Swindon plant has produced components that are powering fuel cells in use all over the world – including more than a thousand fuel cell electric vehicles (FCEV) in China.

The firm says the Swindon site also produces important components that are critical for producing electrolytic hydrogen that can be used to replace natural gas in energy intensive industries like steel and cement production as well as playing a key role in making fertilisers or synthetic fuels, reducing the planet’s dependence on fossil fuels.

The Johnson Matthey team says the Swindon site has the capacity to produce 2GW of fuel cell components per year, enough to power nearly 20,000 FCEVs.

James Gray, MP for North Wiltshire, said: “The factory is Johnson Matthey’s global centre for making components for hydrogen fuel cells and electrolysers which are central to the decarbonisation of transport, energy, and industry.

“As a committed environmentalist, I am delighted that my Constituency is making this important contribution to the race to achieve net zero.”

Eugene McKenna, hydrogen strategy director at Johnson Matthey, said: “We are thrilled to be celebrating 20 years in Swindon – our employees are involved in some incredible work that will enable the UK to accelerate the decarbonisation of transport, energy and industry.

“We’re so proud of everything the team has achieved here and we’re excited by the role our employees can play in the UK’s net zero journey.”

The site also has 250kWp solar panels on the roof, helping to offset annual carbon emissions by approximately 115,000kg. 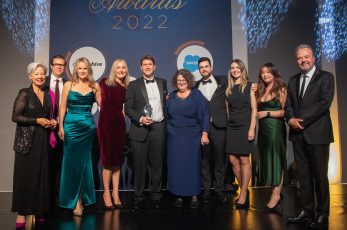 Bristol Temple Meads to become a testbed for passenger tech