Marlborough High Street has been named the second most vibrant retail centre in the UK – and has retained its crown as the best in the South West.

The town climbed three places in the 2022 Vitality Index by retail consultancy Harper Dennis Hobbs – which rates 1,000 high streets in terms of the quality of the shopping experience – after breaking into the top 10 in 2019.

The report measures the health of high streets and shopping centres, including the change in residents’ movement, vacancy rates, and suitability to local consumers’ demands.

The Buckinghamshire market town of Beaconsfield held the top spot, which it claimed in 2021 after climbing a staggering 64 places from 2019. No survey was run in 2020.

Market towns – Wimbledon Village, Kingston upon Thames, and Henely-on-Thames were ranked third, fourth, and fifth – have led the field since the pandemic. Pre-Covid it was city centres and out-of-town shopping centres that took the top spots, but they have struggled to recover as quickly from pandemic measures.

“The influence of the pandemic cast a long shadow over much of 2021, with shopper movement and tourism severely curtailed, and we started 2022 with the government recommendation to work from home after the emergence of the Omicron variant,” said James Ebel, CEO of Harper Dennis Hobbs.

“The recovery of larger retail centres has been impeded by these external factors, although some attraction-led destinations have benefited from domestic tourism. However, it is the smaller commuter towns that have maintained their retail vitality to the greatest degree over the last year.

“Governments and consumers’ responses to the pandemic are beginning to change, partly due to high vaccination rates and the most recent Covid variant appearing to be less severe. Greater consideration is also being given to how to cope with the virus in the long term, and to reduce the impact on everyone’s daily lives.

“The pandemic will have a lasting effect on many retail centres around the country – from the loss of key anchor stores, to a greater emphasis on leisure to compete with online shopping – but physical stores have proven their appeal as consumers return to their pre-pandemic shopping habits.

As government strategies evolve and consumers return to their previous behaviours, the larger centres are likely to regain their past standing in our Vitality Ranking.

Andy Metherell, head of retail consultancy at Harper Dennis Hobbs, added: “2022 Vitality Ranking reflects the realities that consumers and occupiers have had to face over the past year, and that continue into the new year. The effect on public health of the Delta variant and the uncertainty around the impact of the Omicron variant meant the continuation of restrictions on consumer movement and occupier trading, leading to our rankings being comparable to the listing in 2021.

“Small commuter towns, often with significant levels of wealth, retained their higher rankings this year, as remote working led to more localised consumer spending. Some larger centres rose in the ranking, many of which benefited from a significant increase in domestic tourism.

“Although they may well be used to seeing much higher levels of footfall due to international travellers, and the tenants therefore haven’t experienced the same turnovers as pre- pandemic levels, compared to other large centres – especially those that rely more on worker spend – locations like York and Cambridge have seen increased vitality.

“Our ranking demonstrates the ‘retail health’ of retail and leisure centres across the country. It does not necessarily reflect a retailer’s level of sales, instead our multivariate approach allows us to compare different sizes and types of retail centre. Some of the variables used are consistent with those used in prior years’ rankings, whilst new factors have also come to the fore.

“For example, this year’s ranking includes the level of vaccination across a retail centre’s catchment to indicate where the impact of COVID has a lesser effect due to the increased protection of local public health. Higher vaccination rates allow a greater movement of consumers, increased confidence in interaction with other members of society and lessen the effect of self-isolating for both shoppers and workers.

“We have refreshed the previous datasets used, to ensure the most up-to-date information is incorporated into our analysis. One key element of our analysis is the Google Mobility data, which tracks the movement of consumers into retail, workplace or residential properties. This data in particular has highlighted the increases in footfall seen in UK tourist destinations, such as coastal towns, locations near Areas of Outstanding Natural Beauty and historic centres with tourist attractions.

“An increase in vacancy rates clearly influences the vitality of a retail centre: undermining consumer perception of an area, fragmenting the retail circuit and reducing the sales potential due a lower quantum of space. Whilst administrations and occupiers’ store network decisions are increasing vacancy rates through store closures, Harper Dennis Hobbs has seen how proactive management of town and city centres by councils, BIDS and other public bodies can counter this.

“The public sector have engaged in an impressive array of plans for sparking economic activity, regenerating public spaces and engaging with landlords, occupiers and consumers. However, this proactive management is inconstant across the country and is often related to the level of funding available, meaning that the wealthier or more successful high streets see the greatest level of management. The government is theoretically addressing this issue with its levelling-up programmes, but the success of these policies will take time to be seen.” 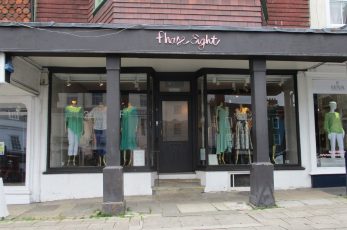 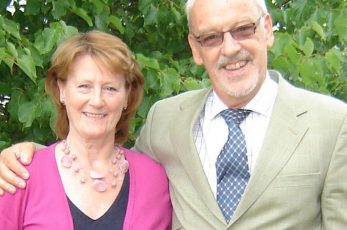 An optician whose business, Haine and Smith, expanded to 20 practices in Wiltshire and beyond has died after a short illness, aged 82.

A Marlborough firm that has been recycling computers for ten years has been shortlisted in the National Recycling Awards.