The piece, which features moving images depicting nature, messages to world leaders and audio of children’s voices, was projected onto a wind turbine at Delabole, the birthplace of UK renewables.

Over 150 residents of the village came to see the artwork in and celebrate the anniversary of the wind farm which was originally built by the Edwards family 30 years ago.

Good Energy, which has owned and operated the wind farm since 2002, commissioned the project to inspire world leaders on the eve of the hugely important climate conference.

Nigel Pocklington, CEO of Good Energy, said: “The UK’s journey to net zero started in a small Cornish village back in the 90s.

“The Edwards family were pioneers of a green revolution 30 years ago, at a time when wind power was barely heard of.

“We wanted to mark this anniversary, bring the community together, and send a message to world leaders that the time is now.”

“We’ve come a long way in 30 years, and there is a long way to go to tackle this crisis. Climate change is a huge challenge, but this wind farm shows us that some of the answers are simple and already known.”

Artist Luke Jerram commented: “We all need to do what we can to fight climate change. As an artist I’m hoping my skills in visual communication may be of use.

“The question is, what can you do, to play your part? No matter what skills you have, they’ll be needed in this climate emergency.

“This commission has given me the opportunity to test out new ideas. Some of the imagery we projected is only be visible through long exposure photographs.”

The company, which earlier this year appointed an advisory board of secondary school age students called the Good Future Board, is also sponsoring the 16th UN Climate Change Conference of Youth (COY16) in Glasgow.

It will be hosting a live meeting of its Good Future Board members at the event, which is run by YOUNGO – The Official Youth Constituency of the United Nations Framework Convention on Climate Change (UNFCCC), on the 30th October.

Last week Good Energy unveiled another of Luke Jerram’s installations – a 3.75m diameter version of the earth model Gaia – to float in the middle of its Chippenham headquarters. 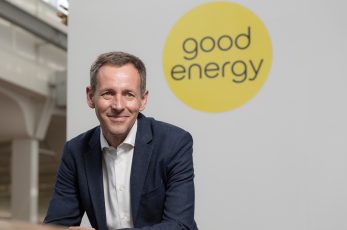 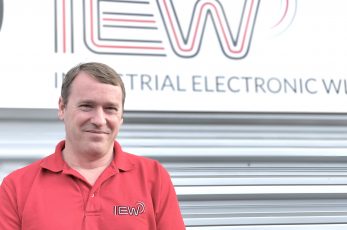 As the COP26 climate conference reaches its midway point, a Swindon manufacturing firm has unveiled its own ambitions to reduce its carbon emissions and reach net zero.