The mortgage adviser, who lives in Purton, took on the gruelling Race to the Stones earlier in July from Oxfordshire, passing close to the Uffington White Horse and ending at Avebury Stone Circle in Wiltshire.

Joining her for half of the 100km route were her colleagues Tom Brennan, MD of TED Mortgages and fellow adviser James Harris.

She said: “Overall it was physically and mentally very tough, I definitely underestimated the challenge. It was a very hot day so that made it even more challenging.

“The hardest point was when I hit the 50km mark and got to base camp where a lot of people were re-charging ready to go again the next day. I hit a bit of a mental block then and questioned whether I could carry on. My legs were hurting so much and I had so many blisters at this point! It was definitely a mental battle to keep moving.”

Hundreds of people take part in the iconic event to raise money for their own chosen charities or simply to test their own personal endurance or both.

Tom, MD of TED Mortgages, said: “Daniella was so up for this astonishing challenge and trained so hard for it. We kept up with it for half of the route however she soon left us behind! I’m immensely proud of her for her resilience and perseverance in getting to the finish line, it is an incredible achievement.”

For Daniella the highlight was getting to the finish line in the company of a group of ladies who were all spurring each other on to complete the last 20km.

“When I finished my legs were so sore and I could hardly walk for a day or two. But after a few days rest, some blister plasters and lots of food I am feeling good and feel so happy now that I achieved the whole 100km.

“I can now reflect on the fact that the views were beautiful, everyone was so friendly and the whole event was well organised with plenty of volunteers and medics there for support.”

The TED team have pledged to raise money this year for SNDogs as it’s a charity close to their hearts.

Founder Tom and his wife Emily adopted Ted, a border collie from the organisation several years ago and later he went on to include both of his dogs in his company name – TED standing for Tom, Emily & Dogs.

The team hope to raise £3,000 for the organisation during 2022 and this event is one of their activities to achieve that goal. Anyone who wishes to support the TED Mortgages team can donate at https://www.justgiving.com/fundraising/tedmortgages

Grass Roots groups working with refugees and families affected by the cost of living crisis will benefit after staff at insurance firm NFU Mutual nominated Wiltshire Community Foundation for their company’s charity fund.

Wiltshire charity Inner Flame has launched a £20,000 appeal so it can keep running programmes that help young people’s mental health – and is asking businesses and people to pledge support. 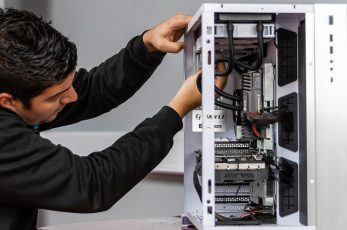 Spring Statement – businesses have their say