The government has appointed Lord David Willetts as the chairman of the Swindon-based UK Space Agency’s board.

The appointment comes at an exciting time for the agency, looking ahead to the UK’s first domestic launch this year, and following the recent publication of the National Space Strategy, which sets out the government’s long term commitment to building on the UK’s existing strengths in order to develop the UK as a world-class space economy.

Lord Willetts brings a wealth of experience to the role, and will work with the recently appointed CEO of the UK Space Agency, Dr Paul Bate, to deliver on the government’s vision for space and maximise opportunities for the sector.

Lord David Willetts, said:” I am a strong supporter of the UK space sector in all its diversity and am grateful for this new opportunity to serve it.

Business secretary Kwasi Kwarteng said: “I am delighted to have appointed Lord David Willetts as the Chairman of the UK Space Agency’s Board. Lord Willetts will bring a wealth of expertise to the role while working with the excellent Paul Bate to deliver on the UK’s space ambitions.

“Our £16.5 billion space sector is a major contributor to a strong and secure UK economy and looking ahead to the first satellite launches from the UK this year, this is an extremely exciting time for the industry across the country.”

Previously, Lord Willetts served as Minister for Universities and Science and as the Member of Parliament for Havant, and has held a range of chair and board positions across the space and science sector, including chair of the British Science Association, member of the Space Policy Advisory Board for EU External Action Service, the board of UKRI, and of the ESA Expert Group on the Future of Space in Europe. 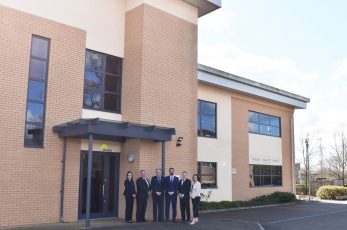 A specialist in the communications, satellite, aerospace and defence markets has opened its UK headquarters in Chippenham, in a deal brokered by commercial property consultants Alder King.